By Anthony Harwood For Mailonline

Football players and their fans who go on pre-season tours of the Far East no longer face having to swelter in boiling hot stadiums thanks to revolutionary cooling technology.

Under new systems being pioneered in Qatar for the next World Cup, cold air will be pumped into arenas via cooling nozzles after chilled water is brought to the venue by pipeline.

The 2022 tournament is being held in winter for the first time to avoid the searing summer heat – but even in November temperatures in the tiny Gulf state reach 30 degrees (86F). 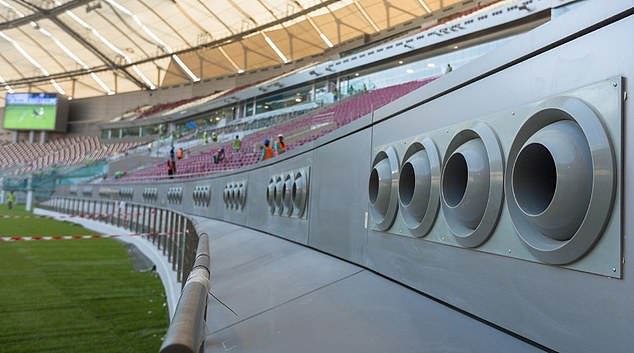 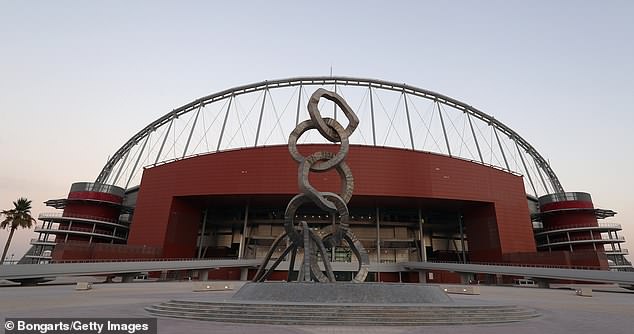 But tests with 48,000 fans at the Khalifa Stadium in Doha showed that with cooling technology this will be brought down to a more comfortable 20 degrees on the pitch (68F) and 23 degrees (73.4F) in the stands.

Korean Football Association President, Chung Mong-gyu, said the stadium cooling technology being pioneered by Qatar could have a far-reaching effect across the Asian continent for both players and their supporters.

He said: ‘I believe that technology will be an important element. I am aware that the advanced open air stadium cooling technology at the Khalifa International Stadium has received praise from many quarters.

‘A lot of leagues in Asia now have the backing of top corporate houses of those countries – South Korea, China, Japan and recently India. Qatar’s cooling system might be something these leagues could consider using after 2022 because a lot of matches are scheduled during summer months.’ Talking about where the next World Cup will take place he added: ‘The FIFA World Cup is coming back to Asia after 20 long years – this is good enough reason to support the 2022 FIFA World Cup in Qatar. 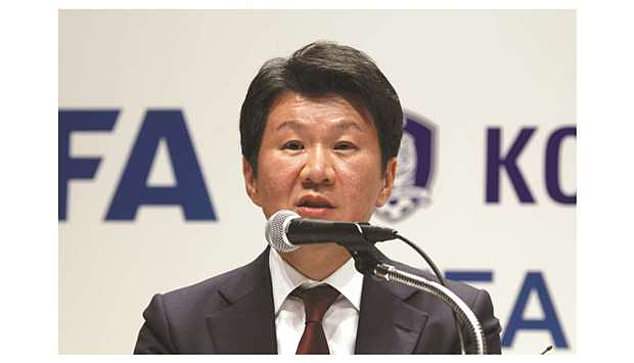 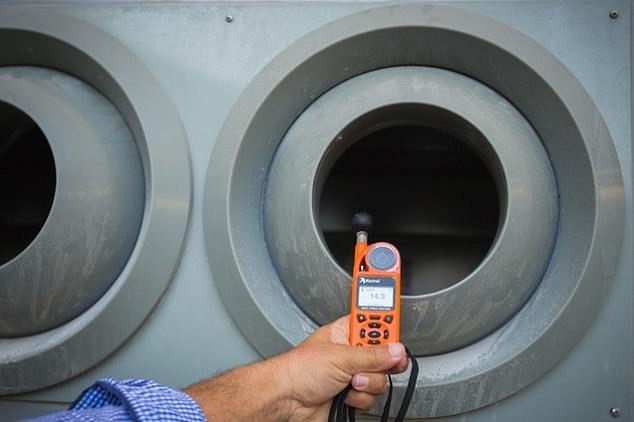 ‘I am aware that in addition to football development Qatar, like South Korea in 2002, there are broader objectives of economic transformation within the hosting plans for the 2022 FIFA World Cup.’ Mong-gyu stressed the importance of home support for a successful tournament, as shown in 2002 when his country reached the semi-finals.

‘Stadiums were full for all the matches and nearly seven million fans flocked to the 20,000-odd giant screens set up across the country to watch our semi-final against Germany. I hope we will witness similar passion in Qatar for the region’s first ever FIFA World Cup.’ He predicted that by 2022 the South Korean team would be even better than the one which, in Russia this year, became the first Asian side to beat the reigning champions, when it defeated Germany.

And he picked out Spurs player, Son Heung-min, the national side’s captain, as the man to help them emulate their 2002 performance.

‘We have a good chance to do well in Qatar. Leading our attack will be Son Heung-min. By 2022, I feel he would have scaled such heights on the European club scene which have even been beyond legends of our continent.’

Madrid Open set to be cancelled due to rising coronavirus cases

Sergio Aguero has not travelled with Man City for Lyon clash and could miss...