Spain‘s anti-doping agency said on Wednesday it had opened an investigation into Valencia and Russia winger Denis Cheryshev, following remarks from his father Dmitri in the Russian media about an injection the player took to treat an injury.

‘We can confirm we have started an investigation to find out more information about the case,’ said a spokesman from the AEPSAD, the Spanish Agency for Health Protection in Sport, which is responsible for the fight against doping.

‘The investigation is being carried out with the co-operation of Russia’s anti-doping agency and is in contact with the World Anti-Doping Agency (WADA).’ 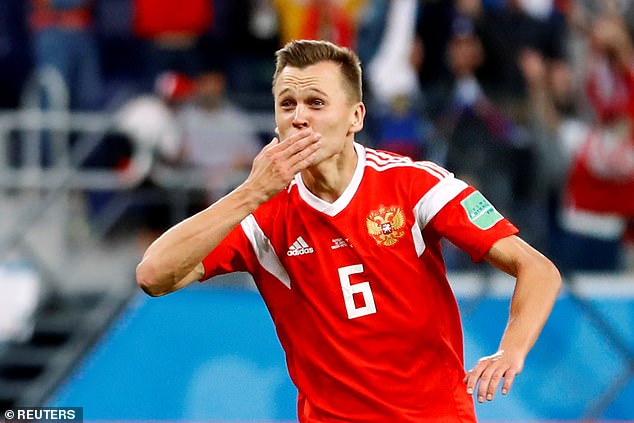 Cheryshev, who scored four goals in Russia’s surprise run to the World Cup quarter-finals, has denied ever taking a banned substance.

The investigation stems from an interview which Dmitri Cheryshev gave to Russian publication Sport Weekend during the World Cup, in which he was quoted saying his son had received an injection containing ‘growth hormone’ in the run-up to the tournament to treat injury.

On the eve of Russia’s last-16 game against Spain, Cheryshev said: ‘I have never used any prohibited substances and you don’t even have to think twice about it.’

The Russian Football Union (RFU) said at the time that the treatment the player received had been a platelet-rich plasma (PRP) injection which is legal and said the journalist had incorrectly interpreted Dmitri Cheryshev’s words. 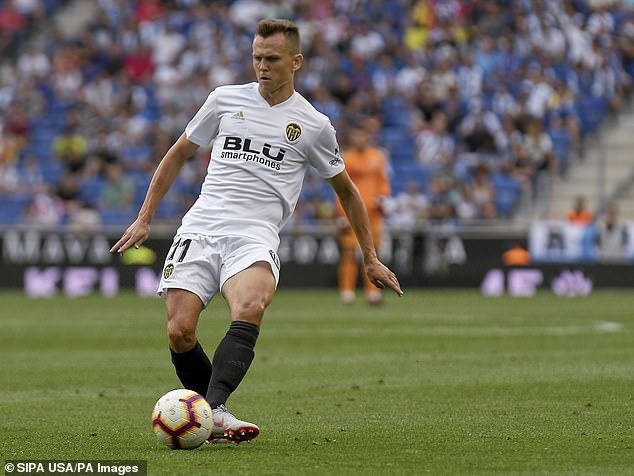 Cheryshev joined Valencia on loan from Villarreal in August. He scored in Russia’s 2-1 win at Turkey in the UEFA Nations League last Friday.

Valencia’s director general Mateu Alemany said on Wednesday the club was unaware of the investigation, adding he believed the player’s father had been misquoted.

‘We haven’t been notified about what has been published. If the player was involved in an investigation then they (the agency) should have told the club and the player,’ Alemany said.

‘We have had no communication in any form, he was subject to controls at Villarreal and at the World Cup. After reading everything, I think it’s an error in the transcription, because growth factors are not the same as growth hormones.’

Where is the cheapest place to buy England’s international shirt?